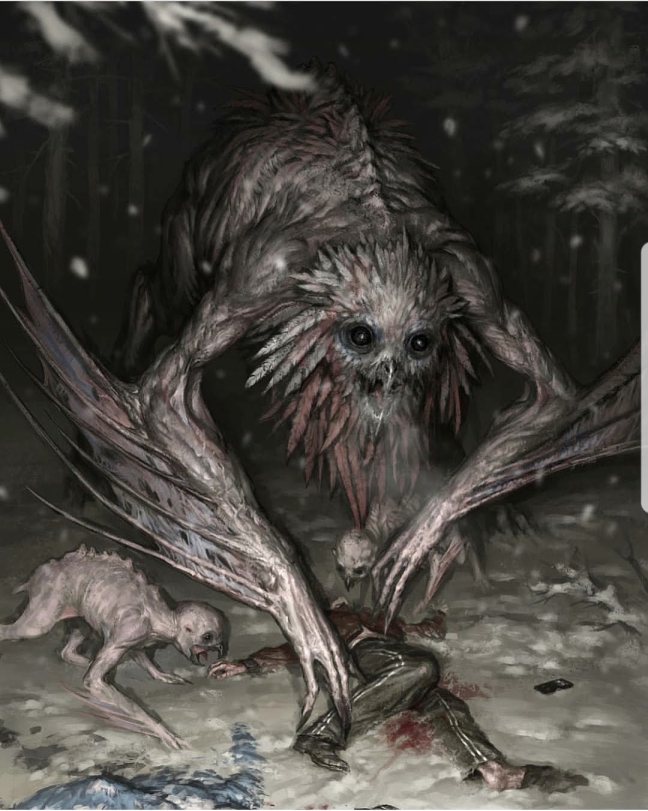 Deep, in the recesses of a town, hidden from the open eye,

As if released, from Pandora’s mysterious keep

Now amongst the curious, and the hurried defenses,

But the town shadows the secret that dwells in the forest

Just outside the reach of light, under the canopy

Of lush trees, while it devours anything alien,

But eventually, all hidden truths reveal themselves.

A stormy day, blurs the contrast just beyond the last tree,

The hibernating land, lies vacant of its projected gate

From letting wanderers into the forest, but most importantly,

Letting those beasts venture out, into the open gully,

A slight chill rushes in, as a foreigner, eager to capture

Beauty of the forest submerged between mountains,

As so many do, who visit the protected landscape,

Exactly what is being protected, is misunderstood

By so many, as a man breeches through, the town warnings,

Astounded by how perfectly nestled, is the serene lowland,

Of it all – the towering trees between the ears of mountains,

And the open plain, running into the wave of mountains,

Clicking the shutter with ferocity, grabbing every image,

Inching up to the hairline of the trees, peeking,

Seeing this strange figure, near its protected domain,

The man spins around to the trees, and there

Just beyond the last shadow cast by the forest,

A beast with it’s beastlings, and a man with his camera,

They stand there, trying to make sense of each other,

As he tries to steal a still, but the shutter is jammed,

He keeps fiddling with it, setting off the bright flash,

His breathing, starts to quicken, with his eyes widening

At the sight of the three beasts, nearing closer,

Panic, fully sets in, but before he could plant his next step,

He is already face down, being torn and pummeled,

As the shutter, releases and captures a still of horror,

And that slight chill, picks up, lifts that frightening image

Up out of the valley, and into the already fearful town,

It didn’t take too long, before the picture was discovered,

All the townspeople collected, and rifles fully loaded,

To go and hunt down these beasts that they protected,

The stream of torches following down into the heart

Of the hidden forest, where they all gathered

All of them, who had protected these helpless creatures,

Circled them, raised and aimed their heavy weapons,

And at the drop of a torch, an eruption of thunder,

To end their protection.

~Insanity comes from the heart, not the mind.~ A.P. Heart

Would you listen to your mind, whispering cruel words

As the devil does, sinking feelings down into your stomach,

As the heart, watches with tears, steaming down

Creating a puddle, where those feelings drown,

The heart, can do nothing else, but stay witness

To the repression, of what can keep the heart in flight,

That being said, even though the heart is the birth of insanity,

Then, it is the brain that originates what has driven

The heart absolutely insane, some more than those passed,

Be weary of those lost to the overbearing world

The heart seems to be caged in, a purgatory in hell.